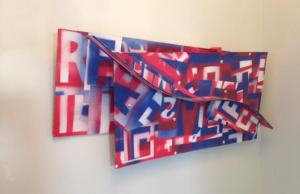 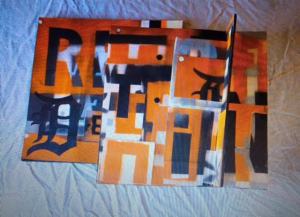 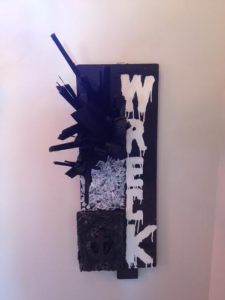 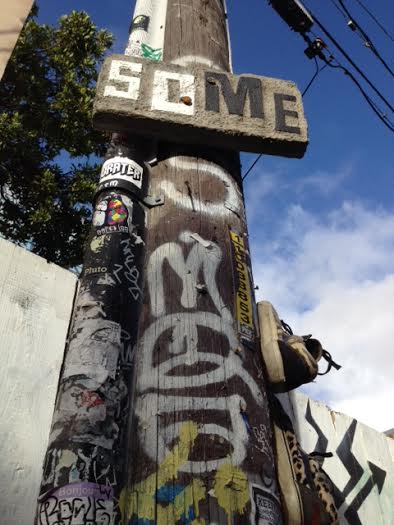 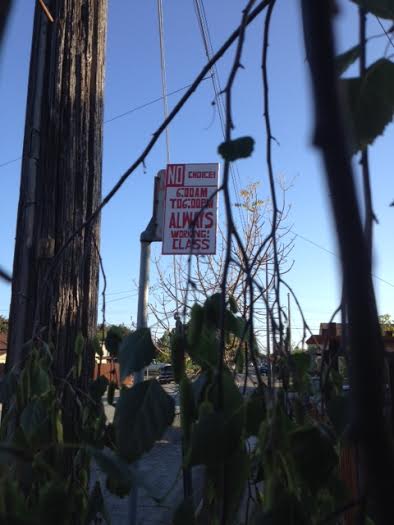 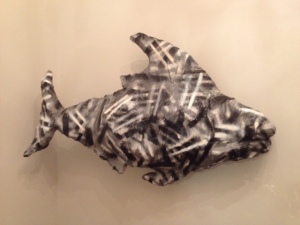 GONE relies on the initial subtlety of the material’s repetitive construction,  polystyrene. Through assemblage that continues a rough repetition of pattern with the addition of finishes applied, again referencing pattern, the final piece is arrived at. The piece is smooth in finish;  however, coarse in representation of a fish.

Through the use of polystyrene, or Styrofoam, a trademarked Dow Chemical product, as the main building block of the fish, I am commenting on the relationship of chemicals to our environment in general, and the ocean in particular. I further explore humankind’s negative impact on the ocean buy using a camouflage used by military ships at the start of the 20th century. Currently, the U.S. Navy is under  scrutiny for it’s use of sonar and it’s affect on aquatic life. To further extrapolate on the use of a camouflage, in this case a “disruptive coloration”, paint scheme, is to literally see nature disappearing. 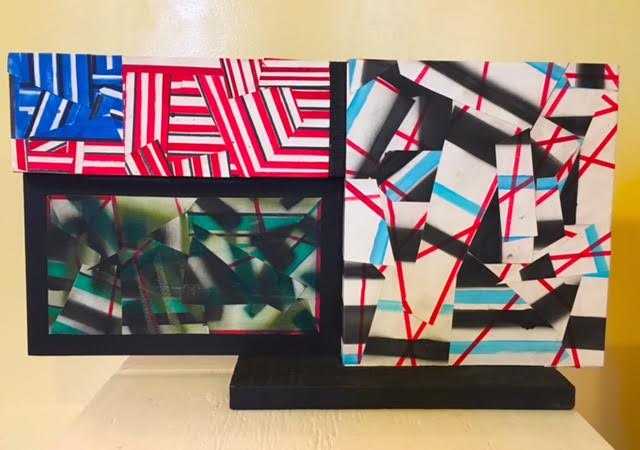